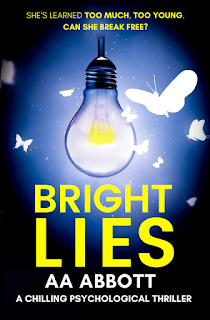 Summary:
She’s learned too much, too young. Can she break free?

Emily’s
dreams come true when her mother marries wealthy painter, David. Thanks
to him, Emily’s artistic talents shine. Then he starts teaching her
things a 14-year-old shouldn’t know. While Emily breaks free, she’s
forced to sleep in a rat-infested alley.

Bad boy Jack has turned
his life around. Working as a DJ with ambitions to open a club, he
rescues Emily from the streets when he sees a woman in trouble. He
doesn’t know she’s still only 15 – and trapped in a dark web of secrets
and lies.

David must find Emily and silence her. As he closes in,
Jack faces the hardest choice of all. If he saves Emily, he’ll kiss
goodbye to his future…

What would you sacrifice for love?

My thoughts: This is the first time I’ve ever read anything by A.A. Abbott but if this book is anything to go by it won’t be the last. This psychological thriller was intense and completely captivating and I found myself hooked right from the beginning.

This is a dark, twisted book that pulls you in and does not let up. It is real and gritty and all too relevant in today’s world and while it may be too much for some people, it is compelling and engaging nonetheless. I found my emotions all over the place with this book. Emily and Jack easily grabbed my heart and while I didn’t necessarily always agree with all their decisions, I did feel for them most of the time.

This is the type of book that gets under your skin. It makes you uncomfortable reading it, yet you cannot walk away because you need to see how it will end. The short chapters, which I am always a fan of, will have you zipping through it, yet there are also times when you just have to put the book down to take a breather. This book is intense and it makes you angry at times. But I felt that the author handles everything in such a way that nothing was done for shock value and I appreciated that.

This is certainly not a book for everyone, but if you like dark, disturbing reads that give you something to think about, pick this one up. 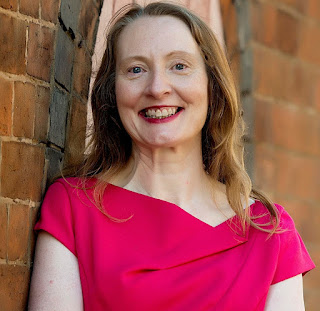 About the author: British crime thriller writer A.A. Abbott (also known as Helen Blenkinsop) loves to escape with an exciting and emotional read, and that’s what she aims to write too. Based in Bristol, she’s also lived and worked in London and Birmingham. All three cities feature in her pacy suspense thrillers. Her latest psychological thriller, ‘Bright Lies’, begins in North Somerset with a posh art exhibition in Bath. Young Emily meets the man who will change her life and cause her to run away to a squat in Birmingham, work in a nightclub and get further entangled in a web of lies.

To write ‘Bright Lies’, Helen has had advice from thirty beta readers on subjects as varied as police procedure, drug abuse, grooming, art, music, DJing and clubbing. She’s grateful to them and to her editor, Katharine D’Souza, for making huge improvements to the story.

Helen’s earlier 5 book Trail series is a lighter read focused on a vodka business. Snow Mountain is a premium vodka made in the former Soviet Union, and its owners have blood on their hands. The saga follows the fortunes of two families running the business and what happens when they fall out with each other and with a London gangster. Glamorous heroine Kat is the girl readers love to hate at the beginning of the series, but by the last book, she has won them over. Book research for the series included prison life, hotel research and vodka. Helen especially enjoyed a tour and tasting with the helpful folk at the Chase Distillery in Herefordshire.

Like 10% of us, many of Helen’s family are dyslexic. While she is not, she wants her books to be enjoyed by readers with dyslexia and visual impairment too. She publishes her thrillers in a Large Print dyslexia-friendly edition as well as the standard paperback and Kindle versions. (You can also adjust the font on your Kindle to suit your needs.) Audiobooks are definitely on the cards – watch this space!

Helen likes speaking to book groups, business networks and social circles, and reading thrillers and short stories at live fiction events and on Zoom. If you’re a book blogger, litfest organiser, reviewer or simply adore books, she’d love to hear from you.

Helen is a member of the Alliance of Independent Authors, Bristol Fiction Writers’ Group, and Birmingham’s New Street Authors. 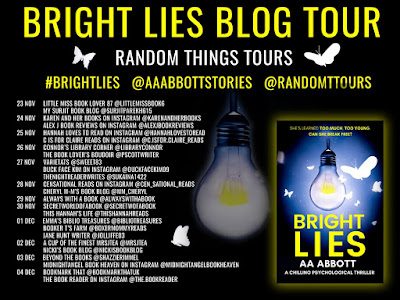