Today, I’m so happy to be a tour stop on the blog tour for Village of the Lost Girls by Agustin Martinez – I have review & an excerpt for you to read thanks to Mobius. 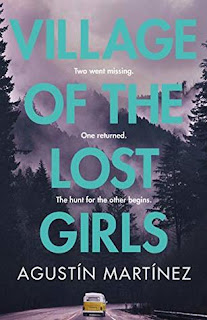 Five years after their disappearance, the village of Monteperdido
still mourns the loss of Ana and Lucia, two eleven-year-old friends who
left school one afternoon and were never seen again. Now, Ana reappears
unexpectedly inside a crashed car, wounded but alive.

The case
reopens and a race against time begins to discover who was behind the
girls’ kidnapping. Most importantly, where is Lucia and is she still
alive?

Inspector Sara Campos and her boss Santiago Bain, from
Madrid’s head office, are forced to work with the local police. Five
years ago fatal mistakes were made in the investigation conducted after
the girls first vanished, and this mustn’t happen again. But
Monteperdido has rules of its own.

My thoughts:  As soon as I was approached about being part of this blog tour, I knew I wanted to be…crime fiction is one of my favorite genres and I especially love when books are set in locales I am not familiar with. I haven’t read too many books set in Spain, so I couldn’t wait to dig in!

This is such an atmospheric thriller that totally kept me engaged right from the start. There is such a strong sense of place and the small-town feel is both strong and quite claustrophobic at times. It is a chilling and haunting tale that is full of secrets and complex characters, characters that you can’t quite put your finger on because you aren’t quite sure you can trust. I loved that the main inspector on the case, Inspector Sara Campos has her own personal issues – I love when we see this internal battle happening as it makes them so much more real and relatable to some extent.

I will say, this is not a very fast-paced thriller, but rather a deep-dive character study into the townsfolk of Monteperdido. It still centers around what happened to the two girls, but you really get a sense of who all the players in the town are and how they relate to the families of the girls, including the family members themselves. I really liked this approach, because you find out everything there is to know about who could possibly have been involved with the girls disappearance and it really gets you thinking.

I found myself completely immersed in this book and even though it is more of a slower burn, I still couldn’t turn the pages fast enough. There are just enough twists and turns to keep you engaged and I found I needed to know how things would turn out. I definitely recommend giving this book a chance…it’s a good read.

ABOUT THE AUTHOR: Agustin Martinez
was born in 1975 and studied audiovisual communications in Madrid.
Today he is one of Spain’s most renowned
screenwriters who has worked on some of the country’s most popular
crime series. On a holiday trip with his family to the Pyrenees he
overhead the locals talking about a case of a missing child—the idea for
Village of the Lost Girls was born and has since been translated into many languages. This is his first novel.

Village of the Lost Girls
by Augstin Martinez

BY DISAPPEARANCE OF TWO

Eleven-year-olds Ana M. G. and Lucia C. S.  left Valle del Esera School at 5 pm last Monday, 19 October 2009, and set off to walk along their usual route to the neighbourhood of Los Corzos, on the outskirts of the village of Monteperdido, in the province of Huesca. Neither of the girls made it home.

“We are keenly aware that the first 48 hours of an investigation are crucial. We have not been able to do as much as we would have liked, but we will not rest until Ana and Lucia are safely home,” said a police spokesperson, who denied that there had been any evidence of violence at the site where the girls were last seen, which could lead to fears for their safety.

The parents of the girls have not made a public statement, though a spokesperson for the families has said that they are shocked and deeply concerned. Since their daughters were very familiar with the route home, the parents have rejected suggestions that the girls might have become lost, but have no idea who might have taken them. They firmly hope that their daughters will soon be able to give them answers.

A VILLAGE IN SHOCK

Monteperdido is a well-known tourist spot, famed for its spectacular natural setting, ringed as it is by two national parks in the shadow of the highest peaks of the Pyrenees. Ana and Lucia are well known to local villagers. Both are excellent students and, being next-door neighbours, they are inseparable friends.

Although neighbours are doing everything possible to help with the search, there has been a growing impatience at the lack of any concrete results. No witnesses have come forward; it is as though the two girls vanished into thin air. The Guardia Civil has dispatched a number of officers that speicalize in abductions of minors to lead the investigation.

“We know that it is difficult, but we would ask that people be patient and respect the privacy of the families during this difficult time,” said one of the recently assigned officers. “This is a distressing case, but one that we hope to resolve quickly. In order to do so, however, we need the support of the people in the Monteperdido area, and of the media.”

“Of course we want to believe that the girls are safe and well. We’re clinging to that hope; it’s what is keeping us going,” confessed someone close to the two girls. It is a hope shared by everyone in Monteperdido. 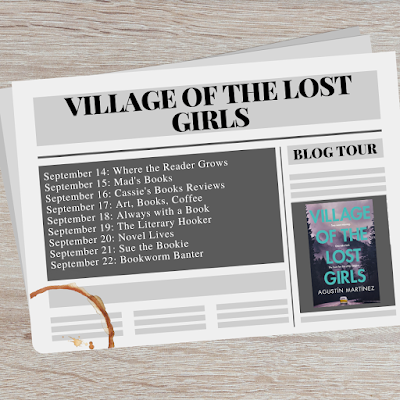