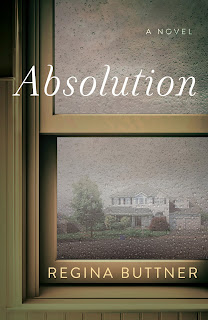 Summary:
Jeanie thinks she was to
blame for the sexual assault she suffered in college—and she’d do
anything to keep her old-school Catholic family from finding out about
the resulting pregnancy, as well as what she did to conceal it.

Years
have passed since the assault, and Jeanie’s husband, Greg, still thinks
she’s the seemingly innocent girl he married in a rush to spite his
controlling mother. It’s the height of the Seattle dot-com boom, and
he’s too busy cashing in his stock options to pay attention to his wife.
He isn’t aware of Jeanie’s lingering shame and guilt, or that she
married him in the desperate hope that devoting herself to marriage and
motherhood would somehow absolve her from the sins in her past.

Their
hidden agendas collide when Greg discovers evidence of Jeanie’s
long-ago pregnancy. As she confesses the details of that drunken night
with her married professor, Greg’s pristine image of her is blown. His
shock deepens into violent fury, and Jeanie realizes she needs to leave
him—but Greg won’t let her go. He’s up for a big promotion, and he’s not
about to let her ruin his reputation by walking out on him. He’ll
resort to blackmail if necessary. Or worse.

My thoughts: There are some books that you just know will stay with you long after you have finished reading them and this is definitely one of them. A beautifully written, yet heart-breaking story that grabs hold of you and doesn’t let go.

Once I started reading this, I found myself completely captivated in Jeanne’s world, unable to put down the book. Early on in the book, Jeanne finds herself the victim of sexual assault. From there, we become privy to the choices she then goes on to make and while they might not be choices we would have made, it is so hard to walk away from Jeanne until you reach that last page.

While at times, this book is hard to read, the writing itself is stunningly beautiful. It is not so much that it is overly worded, but painted just right, so much so that it is easy to picture yourself or even someone you might know in Jeanne’s situation. And have we not all met a Greg? I felt these characters were drawn so realistically, even the secondary characters felt like I could have been reading about family members or people I know. While some characters were so awful that you just wanted to throttle them, they were so realistic and that is what made this book so compelling.

This book isn’t very long, but it sure packs quite a punch and I think it would make a great book club pick. There is so much to unpack here, so many themes to discuss. And as a debut novel, I for sure will be keeping an eye out for what comes next from this author…she sure is a talented writer.