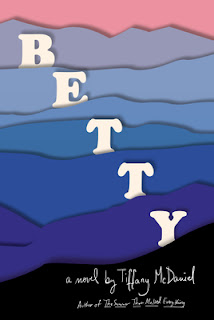 A stunning, lyrical novel set in the rolling foothills of the
Appalachians in which a young girl discovers stark truths that will
haunt her for the rest of her life.

“A girl comes of age against the knife.”

So begins
the story of Betty Carpenter. Born in a bathtub in 1954 to a Cherokee
father and white mother, Betty is the sixth of eight siblings. The world
they inhabit is one of poverty and violence–both from outside the
family, and also, devastatingly, from within. The lush landscape, rich
with birdsong, wild fruit, and blazing stars, becomes a kind of refuge
for Betty, but when her family’s darkest secrets are brought to light,
she has no choice but to reckon with the brutal history hiding in the
hills, as well as the heart-wrenching cruelties and incredible
characters she encounters in her rural town of Breathed, Ohio.

But
despite the hardship she faces, Betty is resilient. Her curiosity about
the natural world, her fierce love for her sisters, and her father’s
brilliant stories are kindling for the fire of her own imagination, and
in the face of all she bears witness to, Betty discovers an escape: she
begins to write. She recounts the horrors of her family’s past and
present with pen and paper and buries them deep in the dirt–moments
that has stung her so deeply, she could not tell them, until now.

Inspired
by the life of her own mother, Tiffany McDaniel sets out to free the
past by telling this heartbreaking yet magical story–a remarkable novel
that establishes her as one of the freshest and most important voices
in American fiction.

My thoughts: This is the first book I’ve read by Tiffany McDaniel and I know it will not be the last. Her writing is absolutely beautiful and while this certainly was not necessarily the easiest book to read, I found myself totally captivated.


This book is based on the author’s mother and is narrated by Betty. It is a coming-of-age story of Betty, though it starts by telling us the story of Betty’s parents and then we get Betty’s whole family story. It is both heartwarming and harrowing what this family has gone through and having it told through the eyes of Betty makes it stand out all the more.


The characters in this story, Betty’s family, come alive and are so richly drawn. I know this is one story I will not be forgetting, not only because of what this family experienced but also because of the masterful way the story is told. This is not necessarily a story of family drama but rather a story of family trauma. We see the pains of one generation being passed on to the next. It all combines to tell a such an immersive story.


All in all, this is a book I know I will not be forgetting. It’s one of those books that is not meant to be rushed through, but rather to take in slowly. This story broke my heart but it also left me feeling a little bit hopeful at the end and I loved that. I know that I will definitely be keeping Tiffany McDaniel on my list of authors to read – I so enjoyed her writing.