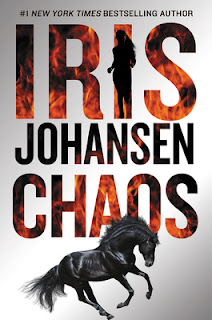 Summary:
The #1 New York Times
bestselling author introduces CIA agent Alisa Flynn, who is willing to
go rogue if it means catching the most heartless band of criminals she’s
ever encountered.


When CIA agent Alisa Flynn flaunts the rules by breaking
into a mansion in the middle of the night, she skillfully circumvents
alarms and outwits guards only to find herself standing in billionaire
Gabe Korgan’s study . . . busted by Korgan himself. This could cost her
her job unless, in a split second, she can turn the tables and try to
convince him to join her on the most important mission of her life.

In
a ripped-from-the-headlines plot, schoolgirls in Africa have been
kidnapped, and Alisa knows that Korgan has the courage, financial means,
and high-tech weaponry to help rescue them. With so many innocent lives
hanging in the balance, what she doesn’t reveal is that one of those
schoolgirls is like a little sister to her. But when the truth gets out,
the stakes grow even higher.

Calling in additional
assistance from renowned horse whisperer Margaret Douglas, Alisa and
Gabe lay their plans, only to see them descend into chaos as the line
between right and wrong wavers before them like a mirage. Every path is
strewn with pitfalls, each likely to get them — or the hostages —
killed. But with the help of a brave team and a horse with the heart of a
warrior, they might just get out of this alive.

My thoughts: I have been reading Iris Johansen’s books for what seems like forever now, ever since picking up a copy of The Killing Game
at a friend’s house. Since then, I became hooked on the Eve Duncan
series, my all-time favorite, and have even read all the spin-off series she has created from that one. And now she is back with a brand new protagonist that might just be the start of a new series, if we are so lucky!

Iris Johansen has such a knack for giving us such unique, addicting thrillers that have non-stop action, are full of strong characters, and lately tend to have bits of paranormal that hint towards the psychic side. All this combines for such a thrilling reading experience and I find that with each book, I am in awe of how everything comes together at the end.

It’s been a while since Iris Johansen has given us a new character. Usually, we are introduced to a character in one of her books but here it seems it’s starting on it’s own, not that I’m complaining at all! Though, if you’ve read all her other books, like I have, you might see a few familiar faces – Margaret Douglas and Jed Novak.  But not to worry if you haven’t. This book is a stand-alone as it stands now, though I am really hoping it is the start of a new series!

What I love about Iris Johansen’s writing is that she has an incredible talent for creating strong, fierce female characters. Here we have two incredibly strong female characters – Alisa and Sasha. Both these characters are strong-willed and fierce, willing to do whatever it takes to protect their own. Sasha, a student at an elite boarding school that is attacked for their horses, also happens to be able to connect with the horses – a horse whisperer if you will. Alisa, a CIA agent, is the responsible adult in Sasha’s life and willing to do anything to get her away from the men who took her and the other students as well as the horses.

Iris Johansen creates such dynamic characters. Her good guys are such good guys – Gabe Korgan is literally a knight in shining armor here time and again – and her bad guys are awful, despicable men that have no redeeming qualities whatsoever. When they finally get caught, you can’t help but cheer.

This book is full of nonstop action from start to finish. In a case ripped from the headlines, the tension mounts as Alisa and Korgan work together to try to save Sasha and the horses before it’s too late. Yes, there are a few times when you might have to suspend belief – with Sasha’s talent – but if you are a true Iris Johansen fan, than that is just par for the course by now. And of course, let’s not forget the unbelievable chemistry that develops between Alisa and Korgan.

I am a huge Iris Johansen fan, but I think this might be her best book yet. And I so hope this book turns into the start of a series. I definitely want more Alisa and Korgan!