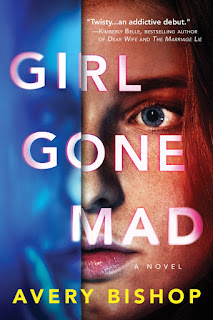 Summary:
They say everything is fun and games until someone gets hurt. Well, someone did—and now the game has changed…

Emily
Bennett works as a therapist in Pennsylvania, helping children overcome
their troubled pasts—even as she struggles to forget her own. Once upon
a time, Emily was part of a middle school clique called the Harpies—six
popular girls who bullied the new girl to her breaking point.

The Harpies took a blood oath: never tell a soul what they did to Grace Farmer.

Now,
fourteen years later, it seems karma has caught up to them when one
member of that vicious circle commits suicide. But when a second Harpy
is discovered dead shortly after, also from apparent suicide, the deaths
start to look suspicious. And when Emily starts seeing a woman who
looks a lot like Grace Farmer lurking in the shadows, she’s forced to
wonder: Is Grace back for revenge? Or is Emily’s guilt driving her mad?

Sticks and stones may break your bones, but the Harpies are about to find out just how much words can hurt you.

My thoughts: There is nothing I love more than a book that gets under my skin and this one does in spades! Avery Bishop has delivered quite a psychological thriller for her debut and I for one will be lining up right now for her next book!


High school is bad enough, but when you add in the mean girls clique – and we all know they exist! – it can be brutal! And the Harpies were downright terrible! This book had me thanking the high seas I didn’t encounter a group like them. But let me just tell you, I was totally entranced by what they had up their sleeves. I needed to know just how awful they could be – and let me say…it’s bad! What they did to poor, innocent new girl Grace Farmer is nothing short of bullying to it’s highest extent. Oh how I felt for this girl.


And now, years later, the Harpies are getting picked off one by one. Is it the innocent deaths that they appear to be or is someone targeting them, trying to exact revenge? This book will have you flipping the pages trying to get to the bottom of it and at the same time, reliving your own high school experiences, wondering if you were part of any mean girl, or guy, experiences.


I am so glad that social media was not around when I was in high school. It wasn’t when the Harpies were in school, but it is used now that they are adults and is how these girls are reconnected. Bullying is just wrong no matter how it is done, and this book sheds light on it in such a toxic way, one where you have to keep reading to see how it plays out, but one where you can’t help but reflect on your own school experiences.


I definitely recommend picking this one up. Whether you have kids or not, you will enjoy this story. It involves crazy characters, a thrilling story and keeps you guessing as to what is really going on. And I now have a new author to stalk, I mean keep an eye out for!