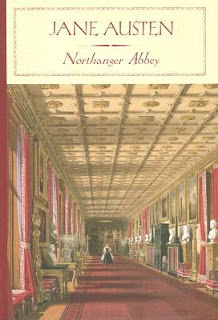 Summary:
Northanger Abbey, by Jane Austen, is part of the Barnes & Noble Classics
series, which offers quality editions at affordable prices to the
student and the general reader, including new scholarship, thoughtful
design, and pages of carefully crafted extras.

A wonderfully entertaining coming-of-age story, Northanger Abbey is often referred to as Jane Austen’s
“Gothic parody.” Decrepit castles, locked rooms, mysterious chests,
cryptic notes, and tyrannical fathers give the story an uncanny air, but
one with a decidedly satirical twist.

The story’s unlikely
heroine is Catherine Morland, a remarkably innocent seventeen-year-old
woman from a country parsonage. While spending a few weeks in Bath with a
family friend, Catherine meets and falls in love with Henry Tilney, who
invites her to visit his family estate, Northanger Abbey. Once there,
Catherine, a great reader of Gothic thrillers, lets the shadowy
atmosphere of the old mansion fill her mind with terrible suspicions.
What is the mystery surrounding the death of Henry’s mother? Is the
family concealing a terrible secret within the elegant rooms of the
Abbey? Can she trust Henry, or is he part of an evil conspiracy?
Catherine finds dreadful portents in the most prosaic events, until
Henry persuades her to see the peril in confusing life with art.

Executed with high-spirited gusto, Northanger Abbey
is the most lighthearted of Jane Austen’s novels, yet at its core this
delightful novel is a serious, unsentimental commentary on love and
marriage.

Alfred Mac Adam teaches literature at Barnard College–Columbia University. He is a translator and art critic.

My thoughts: A while back, I bought all of Jane Austen’s books from Barnes and Noble and have been slowly making my way through them. I saw something that categorized Northanger Abbey as a gothic story, so of course I had to put it in my October reads for this month…and I’m glad I did. Not only did it knock off a book from my unread shelf but it also got me one more book closer to having read all of Jane Austen’s books! Now I think I only have three more to go.

I quite enjoyed this one, though it doesn’t come close to my love for Pride and Prejudice, which will always be my favorite. But, this one might be a close second. Perhaps after I reread it a few times, because I truly believe you only come to appreciate Jane Austen’s books after many reads, will this move up.

This coming of age novel is quite simple, but I found myself laughing out loud many times. I loved how simple our main character, Catherine Morland was. She wasn’t exceptional, but rather sweet and innocent and loved her novels. But, she sometimes becomes too involved in her novels to the point that she thinks what she reads can actually happen in real life – that first night in the Abbey was something!

I loved how Jane Austen infused her wit and sarcasm into this novel. It was done so well and kept me in stitches. This might have been her first novel, though it was the last one published, but she certainly knew what she was doing! I will definitely be rereading this one at some point, and I am looking forward to continuing my quest to read the rest of her books…hopefully sooner rather than later!