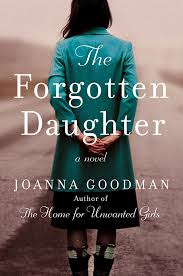 Summary:
From the author of the bestselling novel The Home for Unwanted Girls,
comes another compulsively readable story of love and suspense,
following the lives of two women reckoning with their pasts and the
choices that will define their futures.

1992:
French-Canadian factions renew Quebec’s fight to gain independence, and
wild, beautiful Véronique Fortin, daughter of a radical separatist
convicted of kidnapping and murdering a prominent politician in 1970,
has embraced her father’s cause. So it is a surprise when she falls for
James Phénix, a journalist of French-Canadian heritage who opposes
Quebec separatism. Their love affair is as passionate as it is
turbulent, as they negotiate a constant struggle between love and
morals.

At the same time, James’s older sister, Elodie Phénix,
one of the Duplessis Orphans, becomes involved with a coalition
demanding justice and reparations for their suffering in the 1950s when
Quebec’s orphanages were converted to mental hospitals, a heinous
political act of Premier Maurice Duplessis which affected 5,000
children.

Véronique is the only person Elodie can rely on as she
fights for retribution, reliving her trauma, while Elodie becomes a
sisterly presence for Véronique, who continues to struggle with her
family’s legacy.

The Forgotten Daughter is a moving
portrait of true love, familial bonds, and persistence in the face of
injustice. As each character is pushed to their moral brink, they will
discover exactly which lines they’ll cross—and just how far they’ll go
for what they believe in.

My thoughts:  This latest book from Joanna Goodman is a follow-up to The Home for Unwanted Girls, and I am glad that I found that out before reading this one. While it absolutely can be read as a stand-alone as the author does provide enough detail to make sense, I felt that I had a fuller picture of what really transpired prior to what happened before the events of this book.

This book once again explores a time and place in history that I am not familiar with – that of Canadian history, specifically in Quebec, in the 1970s and 1990s. While it wasn’t that long ago, it was not something I learned about or even remember reading about in the papers here in NY. Again, this is why I love reading historical fiction…I always walk away having learned something new. And, having read this during a time when our own country was in a bit of an upheaval due to our own elections was quite interesting.

I loved how the story moved back and forth in time, giving us both Elodie’s story later in her life as she continued to come to terms with what she had endured in her early years and tried to find justice for herself and the other orphans as well as Veronique’s story. At first, I was confused by how her story would be so integral to the overall plot, but as the story unwound, it becomes evident and I could not get enough. I was equally invested in both women’s lives and found them quite compelling.

Once again, Joanna Goodman gives us a story that while fictional is woven with historical facts. Again, much like the previous book, there are times that this book will shock you and break you heart, but it’s also an important read. We need to know what happened if we are to learn from history and not make the same mistakes again. I’m so glad I discovered these books and would recommend both of them to anyone who loves historical fiction.


Audio thoughts: This is the first time I’ve listened to Esther Thibault but I thought she did a great job with this audiobook. Her pacing and intonation was spot on and I thought she was able to infuse just the right amount of emotion into her voice as needed.