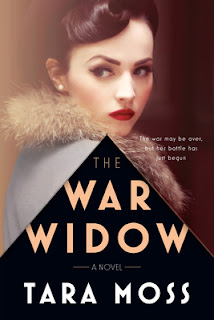 Summary:
The war may be
officially over, but journalist Billie Walker’s search for a missing
young immigrant man will plunge her right back into the danger and drama
she thought she’d left behind in Europe in this thrilling tale of
courage and secrets set in glamorous postwar Sydney.

Sydney,
1946. Though war correspondent Billie Walker is happy to finally be
home, for her the heady postwar days are tarnished by the loss of her
father and the disappearance in Europe of her husband, Jack. To make
matters worse, now that the war is over, the newspapers are sidelining
her reporting talents to prioritize jobs for returning soldiers. But
Billie is a survivor and she’s determined to take control of her own
future. So she reopens her late father’s business, a private
investigation agency, and, slowly, the women of Sydney come knocking.

At
first, Billie’s bread and butter is tailing cheating husbands. Then, a
young man, the son of European immigrants, goes missing, and Billie
finds herself on a dangerous new trail that will lead up into the
highest levels of Sydney society and down into its underworld. What is
the young man’s connection to an exclusive dance club and a high class
auction house? When the people Billie questions about the young man
start to turn up dead, Billie is thrown into the path of Detective
Inspector Hank Cooper. Will he take her seriously or will he just get in
her way? As the danger mounts and Billie realizes that much more than
one young man’s life is at stake, it becomes clear that though the war
was won, it is far from over.

My thoughts: This is the first book in Tara Moss’s Billie Walker Mystery series and I am totally here for it. I loved this new historical mystery and will definitely be continuing on with the series.

I think what is most appealing about this book is just what a great character Billie Walker is. She is a little firecracker – she is strong and feisty and is not often willing to take no for an answer. She works in a man’s world as a private investigator. And her assistant Sam is just as intriguing in his own right. Together they make quite a team, both having been to the war and come back with their own battle wounds. I think this first book only scratches the surface of their backstories and I am excited to get to know them more as the series continues.

I loved how this book is set just after the war. This is different than a lot of other war books I’ve read that tend to be set during the war. We still get glimpses of the war, as Billie was a journalist during that time, but now we see her adjusting to life after the war, as a war widow. She came back but her husband did not. The flashbacks serve as reminders that Billie’s grief is still close to the surface.

The new case that Billie takes on is different than her usual cases and turns out to be bigger than she originally thought. As she begins digging into this missing person, she uncovers way more than she bargained for but a little danger doesn’t seem to stop our Billie Walker.

This was such a great book and I loved that while it was a little slow to start, it really does become quite an engaging and thrilling read. I found myself unable to put it down, especially once Billie is on the case of the missing boy and with all the little twists and turns, I had no idea where things were heading. I really enjoyed this one and am definitely looking forward to the next book in this series!