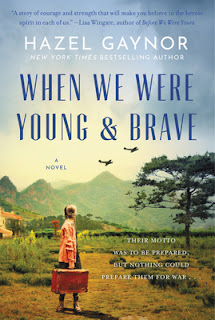 Summary:
Their motto was to be prepared, but nothing could prepare them for war. . .

The
New York Times bestselling author of The Girl Who Came Home sets her
unforgettable new novel in China during WWII, inspired by true events
surrounding the Japanese Army’s internment of teachers and children from
a British-run missionary school.

China, December 1941. Having
left an unhappy life in England for a teaching post at a missionary
school in northern China, Elspeth Kent is now anxious to return home to
help the war effort. But as she prepares to leave China, a terrible
twist of fate determines a different path for Elspeth, and those in her
charge.

Ten-year-old Nancy Plummer has always felt safe at Chefoo
School, protected by her British status. But when Japan declares war on
Britain and America, Japanese forces take control of the school and the
security and comforts Nancy and her friends are used to are replaced by
privation, uncertainty and fear. Now the enemy, and separated from
their parents, the children look to their teachers – to Miss Kent and
her new Girl Guide patrol especially – to provide a sense of unity and
safety.

Faced with the relentless challenges of oppression, the
school community must rely on their courage, faith and friendships as
they pray for liberation – but worse is to come when they are sent to a
distant internment camp where even greater uncertainty and danger await .
. .

Inspired by true events, When We Were Young and Brave is an
unforgettable novel about impossible choices and unimaginable hardship,
and the life-changing bonds formed between a young girl and her teacher
in a remote corner of a terrible war.

My thoughts:  I
adore Hazel Gaynor’s books…I have read every single one of them and
fall more in love with her writing with each book. And, I find that they
are the perfect books to listen to – her stories just translate so well
on audio. My only complaint is that I now have to wait until her next
book comes out.

This
book was completely captivating right from the start. Even though it takes on such a heavy topic, I still found myself totally engaged in the story. I knew I would enjoy it, but I didn’t expect to feel such an emotional connection to
the characters as I did. I found that even when I had to put the book
down (damn life getting in the way!) I was constantly thinking about the
characters and the story and what would happen next. And I couldn’t
wait to pick it up again but at the same time, I also didn’t want to
rush through it…this was a book that I did not want to end.

I loved the way this story was told, alternating between two points of view – Elspeth, a teacher at the school and Nancy, a ten-year-old student. The
book is based on the true story of when Japan invaded China during WWII. It shows how the Japanese took over the school and moved the children and teachers around and are eventually taken to an internment camp. This is something I have never read about, despite all the books I’ve read on WWII.


This
book will take you on quite an emotional journey. It was interesting to read this book right now, during our current time, when we are in the middle of a pandemic. It is certainly not the same thing, but it struck me that to some, having to be under restriction is the end of the world. However, I would think if they had to endure what these teachers and students endured they might rethink that.

This book clearly showcases how these girls, at the leadership of their teachers, made it through some very trying times. I loved how they continued to follow the principles of Girl Guides and kept trying to earn badges even while under Japanese control. This kept some normalcy in their life despite the circumstances.

These characters have certainly worked their
way into my heart and I won’t be forgetting them anytime soon. There is a
reason I love Hazel Gaynor’s books and this latest one proves
it. They are always meticulously researched and beautifully written. This particular one was inspired by the author’s own family’s story and for that I am so grateful she shared it with us.


Audio thoughts:  This
was such a great book to listen to…and Rosie Jones and Imogen Church did such a fantastic
job narrating it. The book takes you on an emotional journey, for sure,
but both narrators handle the emotions perfectly. Rosie Jones was quite believable as a ten-year-old girl and Imogen Church was great as Elspeth. Their intonations and pacing were spot-on and I found myself mesmerized and completely engaged by this audiobook.